For the last two months, “Mannequin Challenges” have been trending on social media — videos of people standing completely motionless, posing as mannequins in various positions for about a minute as the camera winds its way through. Imagine someone pressing the pause button during a movie. It is widely believed that this viral trend was started by high school students from Edward H. White High School right here in Jacksonville. (Read the interesting Twitter feed regarding this video! Not only did the US media pick up on it, but also news outlets from China and Germany requested permission to show the video.) I became aware of the Mannequin Challenge when I watched a news clip of the Cleveland Cavaliers NBA Champions’ visit to the White House. An idea was born: I wanted my 5th-grade students to create a Mannequin Challenge by collaboratively and creatively thinking of poses that illustrate a scene in our school library.

We began our lesson by noting characteristics of Mannequin Challenge videos and then discussing what we observed:

To confirm our understanding, we watched two more videos: Paul McCartney, who created a solo video, and Hillary Clinton and her campaign staff on her airplane on election day. Since then, another viral Mannequin Challenge was created by Ellen Degeneres and Tracee Ellis Ross (daughter of Diana Ross) during President Obama’s recognition of this year’s Medal of Freedom honorees.

We ended up with several takes, each time fine-tuning our poses. For example, the student who is pulling a book from the shelf initially faced the shelves. We found it worked better when his face was turned away from the shelves. Another student was sitting at a laptop, but we decided he needed to show more action by appearing as if he is pulling out a chair ready to sit down at the laptop. Check out our Mannequin Challenge video. Thank you first to our videographer, 5th-grade general studies teacher, Andy Raitt. And above all–thank you to our students–who once again provided excellent “directorial” skills and leadership for this fun project!

Mannequins in the Library from MJGDS Classrooms on Vimeo. 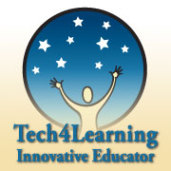